TLDR: Spend too much time with onboard entertainment system during long flight

A couple of days ago I came home from a three week backpacking trip to Thailand with a couple of friends. 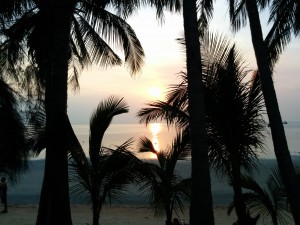 We flew from Munich to Bangkok with Qatar Airways via Doha Airport. As for me (and probably most of you) the thing to look forward on a long international flight is to watch some cool movies to get over the drudgery of being in a confined space for such a long time.

That being said, as a software developer currently mainly focused on front-end, I could not resist to analyze and think about the user interface and experience of Qatar’s entertainment system ‘Oryx’ for quite some time (before I decided to watch the movie “Thor”, which shamelessly reminded me to hit the gym a little more often …)

Additionally I want to say that I was 100% satisfied with the service of the airline and it was also probably the most modern entertainment system I encountered on a flight as of yet with a great collection of movies.

But here are some points that annoyed me or struck me as a little weird.

TLDR: Don’t be fancy for the sake of being fancy.

Just because it looks fancy in the presentation to the managers, does not mean it is a great experience for the customers.
Fanciness should always be used with a clear intent and reason. For example to get the users attention or to illustrate what action just happened.

When I scroll through the available movies (see youtube video above) I want to get a quick glimpse on the available repertoire, not watch the movie thumbnails appear one by one with a fancy animation. There were a couple of other examples of time consuming “stuff appearing slowly” animations when clicking through the UI.

2. Unusual Home and Back Button Behavior

The Home button should bring the user back to the initial screen. This helps the user to have a fixed start location, from where he can remember the path to find certain things. Touching the home button, Oryx showed some kind of drop down menu with a slightly different structure than the main menu. This is what menu buttons are for!

The Back Button should bring you to the previous screen. They basically tried to make this work, but a lot of screens seemed not be added to the history stack, which resulted in jumps back to the main menu quite often, when you were already a few pages in.

Don’t try to be smart with UX patterns everyone is already very familiar with and invest some time in proper history management.

Something that is most likely not just a software UX issue: The touch screen delay was easily over 1000ms. The average user already gets pissed at 200-300ms wait times.

This problem might get solved with the next hardware upgrades though. Quality touch screens are cheaper than ever today and should increase user engagement immensely.

Especially for the onboard shopping section of the infotainment system I believe this higher engagement could result in direct $$$ for the airline. (Imagine the difference in sales for an e-commerce website like amazon if every user interaction would take 1000ms+)

TLDR: Be brave and throw away old concepts.

Another thing that struck me as weird was the functionality to directly access a movie via a four digit number code.

I mean I get it, the numbers are in the printed magazine and you can then directly jump to the desired item, but with a fully functional touch screen, who needs this printed out version of the movie library anymore anyway?

I estimate only a very small percentage of passengers is using this feature anymore. The confusion this unnecessary complexity creates for other users probably outweighs the benefits of supporting this old pattern.

Here are two “professional” screen captures I made as an illustration.